On the 29 April 2015 the ESF, ECB and the Parents Association hosted a number of delegates amongst whom were the German Secretary of State of the Ministry of Education and Science, Mr. Stefan Müller, the Mayor of Frankfurt Mr Feldmann, the Head of the European Schools System Mr Kari Kivinen,  for the opening ceremony of the new modular building. There were a number of speeches given at the ceremony from the invited guests and the PA would like to bring to your attention two very persuasive speeches given by Mr Yves Mersch (Executive Board Member of the ECB) and Mr Tony Obisesan (President of the Parents Association) at the occasion.

In his speech Mr. Mersch reminded the German authorities strongly of their legal obligations to both the ECB via the headquarters agreement as well as their obligations to families moving to Frankfurt..  Mr. Obisesan reminded officials attending that the school buildings were originally designed for 800 students and now house 1420 plus students, whereas the school expects to grow to 2.500 students in the nearest future.

Mr Kivinen informed all persons present that surprisingly the night before Germany had sent an initial feasibility study outcome report to all stakeholders. However, a date to discuss the feasibility study had not been set yet. The Parents’ Association hopes to be able to communicate further information to members as soon as poss 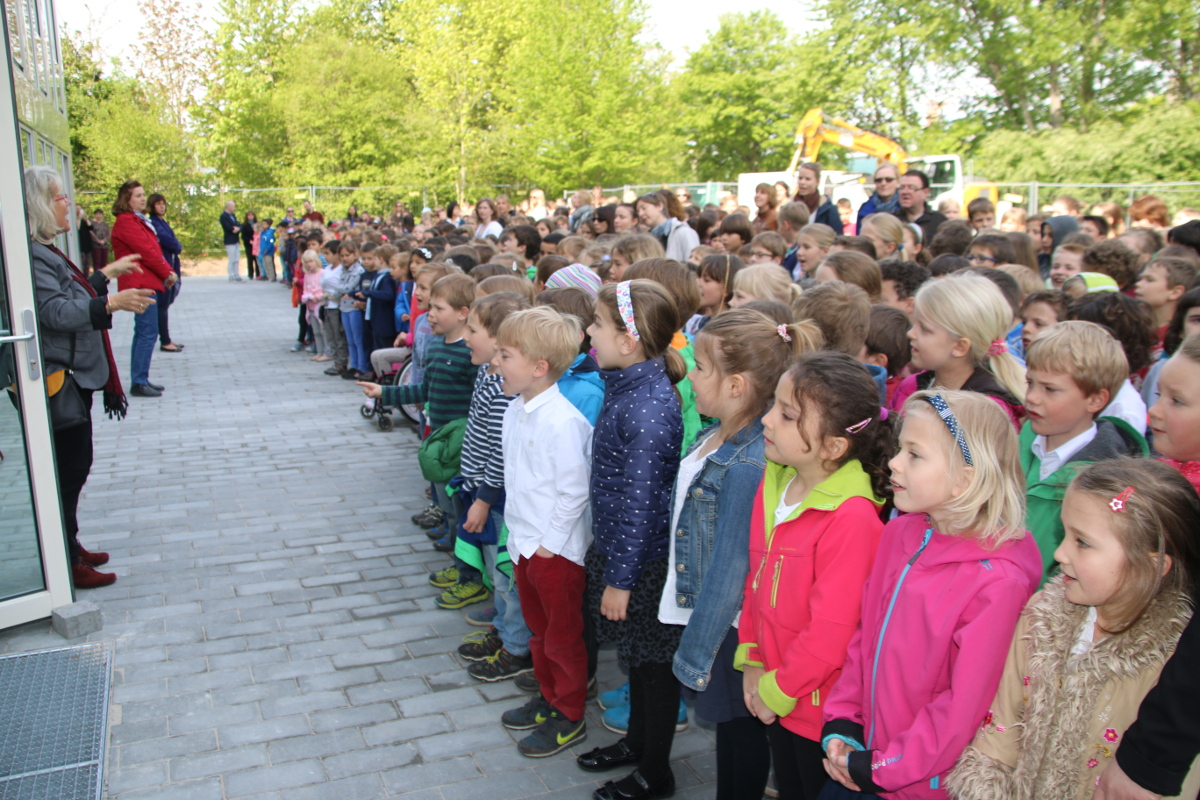 ible following the outcome of any initial discussions arranged by the German Authorities.

The opening ceremony concluded with handing over the key to Mr. Friss, school director, and Tony Obisesan, by the representative of the City of Frankfurt as the building will be jointly used by both school and childminding activities of the Parents’ Association. Mr. Obisesan finished the last speech of the ceremony with the following call: “We ask all of you, to urgently fulfill your obligations to provide a school that not only fulfills the needs of our children, but also contributes to the future European goodwill and to Frankfurt as a financial Centre of Germany and Europe. This cannot wait any longer. Please act now.”

See the complete speech here. The speech of Mr. Mersch is available here.

The  opening ceremony for parents and children of the new temporary building (when there will also be a few guided tours for interested parents), will be during the Summer Party of the European School on June 20, 2015.